The San Joaquin Valley is the most productive and technologically-advanced farming region in the world. Who are the men and women who transformed the valley? What are the stories behind the tribes, crops and machines that drained the valley's lakes and irrigated its desert, and turned the San Joaquin into a singular American landscape?

The UC Merced Library continues to search out collections and resources thate explore and document the rich history of the San Joaquin Valley. 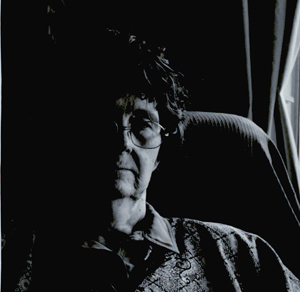 Wilma Elizabeth McDaniel was born in 1918 in Stroud, Oklahoma, and moved with her family to the Central Valley of California in 1936 as part of the Dust Bowl migration. She lived in the Central Valley, primarily in Tulare, for the remainder of her life.  Known as an “Okie Folk poet,” she is the author more than 15 collections of poetry and prose, most dealing with aspects of life in the Central Valley.  She was the subject of a film documentary by Chris Simon titled, “Down an Old Road: the Poetic Life of Wilma Elizabeth McDaniel.”  She died April 13, 2007.

This collection includes personal and professional correspondence, manuscripts, diaries, photographs, newspaper clippings and audio-visual materials documenting the life and career of Wilma Elizabeth McDaniel.  Also included are publications containing poetry by Wilma McDaniel and select publications from her personal library.  The audio-visual materials include interviews and scenes of Wilma McDaniel reading her poetry. 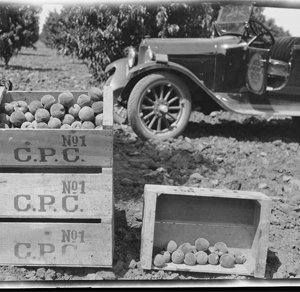 Beginning in 1913, University of California Cooperative Extension (UCCE) farm advisors have been located in every county of the state and have helped to shape agricultural practices through their work with local farmers, and the development of their communities through programs such as 4-H. In the fall of 2016, under a memorandum of understanding with the University of California’s Division of Agriculture and Natural Resources, the UC Merced Library began to assess, inventory, process, and provide access to historical materials held in county Cooperative Extension offices. Records in the county offices document agricultural trials, animal husbandry, water management, fire management, the development of integrated pest management, rural food and nutrition programs, and youth development programs, among other subjects. The records reflect the partnership between the university and federal, state, and local entities. 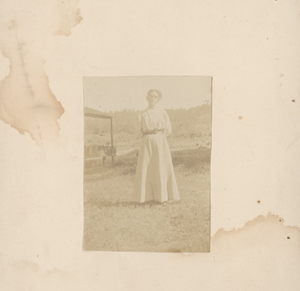 In 1849, Hosea Dudley, ancestor of Walter Doyle McLean, sailed around Cape Hope in his journey from Boston to San Francisco. He later settled in the Coulterville area near what is now Yosemite National Park. Dudley Ranch became a stagecoach stop for travelers visiting the Yosemite Valley and surrounding region. The family collection includes a register of guests with the signatures of John Muir and Thomas Edison; journals; Miwok Indian baskets; mining nuggets; and other Gold Rush era artifacts. 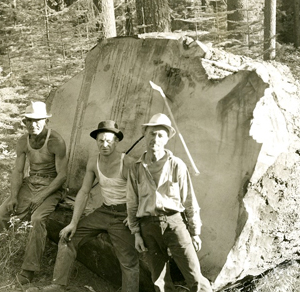 The Yosemite Lumber Company, founded in 1911 by Bay Area investors F.M. Fenwick, James Tyson, and Charles Nelson, was created after Mr. Prather and Mr. Lehmer of the Yosemite Valley Railroad sought partners in freighting lumber along the new line between Mariposa and El Portal. The Yosemite Valley Railroad, completed in 1906, necessitated industrial and commercial use to generate profit and justify the existence of the line. In 1911, at the historic ford of Merced Falls, the most advanced lumber mill of its kind in the area began harvesting 10,000 acres of sugar pine trees in Yosemite Valley along the Merced River. Around the mill sprung a dynamic town—barracks, theaters, hotels, restaurants—bustling with a diverse array of workers and visitors. The YLC bought more land along the railroad route and expanded operations but various conservationist campaigns, legal troubles, a lagging lumber market after World War I, and destructive fires spelled the end of the Yosemite Lumber Company in 1927 and the closing of the mill. The mill was reopened in 1929 under the Sugar Pine Lumber Company until 1931, when the Great Depression strained its profitability, and again in 1935 as the Yosemite Sugar Pine Lumber Company. The YSPLC operated with the original sugar pine stands, though reduced due to the expansion of conservation of Yosemite National Park. Once the stands were depleted and the more efficient all-weather highway was built, the lumber mill closed for the last time in 1942 and all assets were sold. The closure also led to the abandonment of the Yosemite Valley Railroad line and the town of Merced Falls was quickly abandoned in its wake. 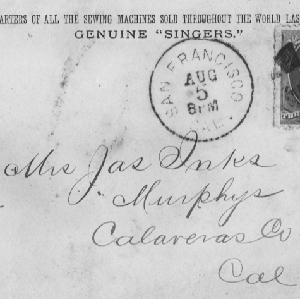 This collection contains multiple personal correspondences and other materials for the Inks family of Calaveras County between the years 1869 and 1889.  Letters contain personal sentiment and hopes for the family, most notably James Inks and his close family. 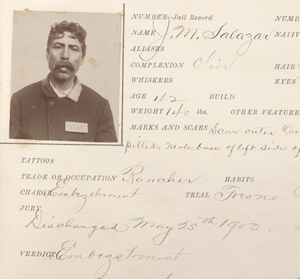 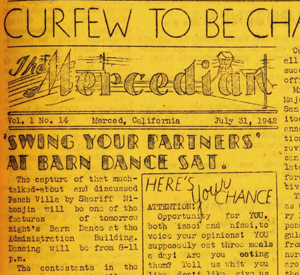 While Executive Order 9066 called for the forced internment of all persons of Japanese ancestry from the West Coast of the United States, there was no existing infrastructure in place for these Japanese-Americans to go. The eventual detention centers were not yet completed, or were not yet in a condition to house the vast numbers of internees needing shelter. Given this, the United States military established temporary detention centers across California, as well as centers in Arizona and Oregon, to act as stop-over locations until the larger detention centers were habitable. There were six such temporary detention centers (otherwise known as “Assembly Centers”) constructed in the San Joaquin Valley—Fresno, Merced, Pinedale, Stockton, Tulare and Turlock. 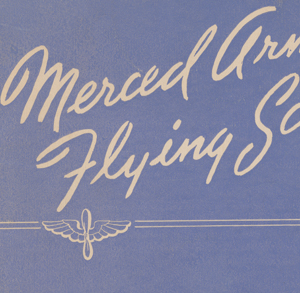 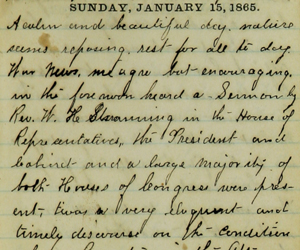 These are the diaries of British immigrant, abolitionist, and Civil War veteran, Henry Oliver Nightingale. Of particular note is the firsthand account of the assassination of President Abraham Lincoln.