On Thursday, December 12, 2019 the UC Merced Library hosted a visit from the Merced County Cooperative Extension office. As our work archiving and digitizing the historical records of the office nears completion, we invited the staff as well as the retired advisors who had been involved with the initiation of CARA to learn about the progress and outcomes of the project. The visit was an opportunity for the Cooperative Extension staff, some of whom had not previously been on campus, to tour the library as well as to see the archives and our digitization process. 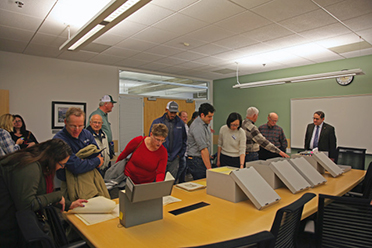 The visit was also a valuable opportunity for the UC Merced Library staff to learn more about the work of Cooperative Extension in Merced County and its history. In addition to Maxwell Norton and Richard Mahacek, two emeriti who have been involved in steering the project since its pilot phase, we were delighted that three other farm advisors emeriti whose names have become familiar to us were in attendance: Bill Weir, Lonnie Hendricks, and Robert Scheurman. 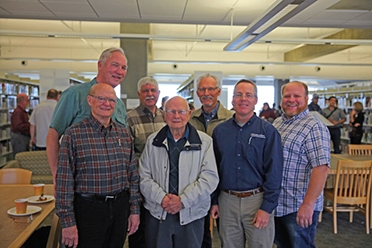 County Director Scott Stoddard introduced the Merced County Cooperative Extension staff and provided an overview of current programs. We learned that the three top vegetable crops in the county are sweet potatoes, tomatoes, and cantaloupe melons (yes, melons are included among "vegetable crops"). The staff and emeriti, meanwhile, took interest in the library’s new furniture on the fourth floor, our scanning equipment, and the records we have collected from other counties. They also engaged in animated discussion to figure out what was in this photo now available on Calisphere, identified as “A.E. Montgomery”: 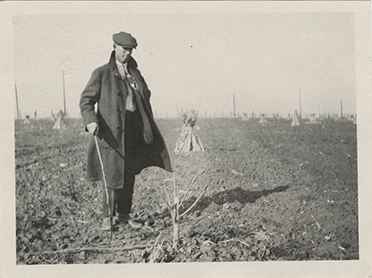 According to the discussion, this appears to be a fig tree—possibly a fig orchard grown by A.E. Montgomery—based on the pruning performed, the thin skin of the tree, and the fact that figs are somewhat sensitive to cold (the “teepees” in the background could have been used to protect the trees from cold and frost).

If you would like to learn more about the history of agriculture in Merced County, this 1958 report provides a view of top products and trends in the middle of the last century, as well as some poetry and political commentary/humor mixed in: 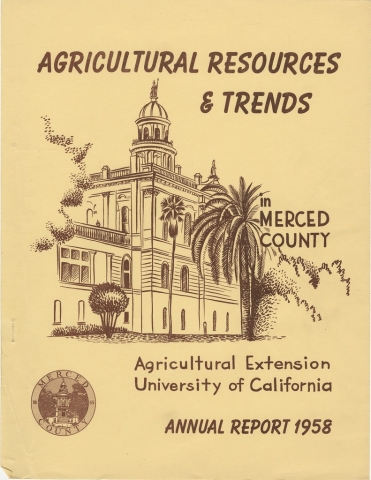