Our last post referenced items from CARA related to wildfires in California and demonstrated how archival materials from the past can inform our present conditions. This connection was underscored last month when CARA staff joined with others from the UC Merced Library and Facilities Management teams, to assist in the emergency evacuation of the archive of Sequoia and Kings Canyon National Parks (SEKI). Over the course of two days, the SEKI archive was transferred to the Leo & Dottie Kolligian Library building where the collections will remain permanently. Read With Fire Threatening, National Parks Turn to UC Merced for Help Preserving History from the University newsroom to learn more about this SEKI-UC Merced partnership, one that has deepened the relationship between the campus and surrounding lands.

With the SEKI materials safely stored for the time being, the CARA team continues to process the University of California Cooperative Extension (UCCE) collections. In recent days, we’ve turned our attention to UCCE’s significant sets of audio-visual objects. For example, the Humboldt County records contain a box of ¼-inch open reel audio tapes. In use from 1949 through the mid 1980s, open reel tapes are a type of magnetic media and were a popular and affordable option to record audio until they were widely displaced with newer media formats like 8-Tracks and cassette tapes.[1] 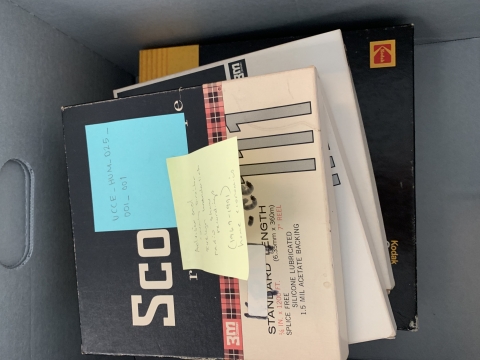 The Humboldt County tapes contain only small amounts of contextual information, or metadata, both on and proximate to the tapes. What is clear, though, by reading the few labels, stickers, and annotations is that these are the tapes of former 4-H Home Advisor and County Director, Evelyn Wanderlich, recorded for a local radio station show. Not present though, are any references to themes, subject matter, and other contextual clues. 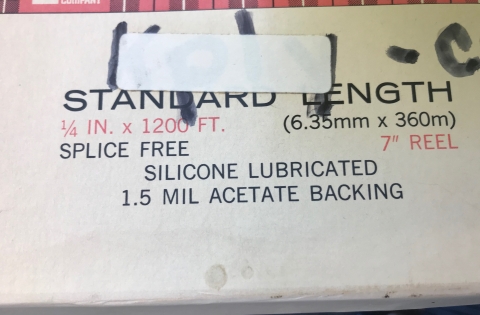 Therefore, in order to accurately know what is on them, and to both physically and intellectually position the materials within the archive, they must be listened to. Open reel tapes are placed on particular tape recorders for playback, but many institutions, such as the UC Merced Library, simply do not have such equipment on hand. The inability to listen to certain media formats on site is demonstrative of a challenge many twenty-first century institutions face. It is something that CARA contends with and so we must reach out to organizations that specialize in preserving and digitizing obsolete media. By doing so we can make these unique documentary records accessible. 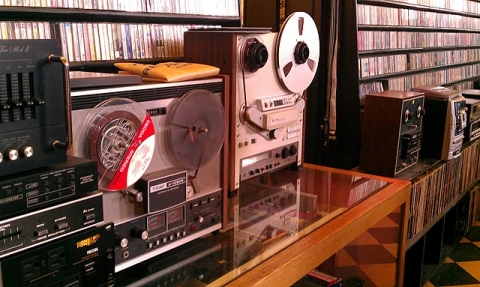 A tape recorder collection at Record Exchange in St Louis, Missouri. This is the type of equipment needed to listen to the open reel tapes in our Humboldt County UCCE records.

The Bay Area Video Coalition (BAVC), located in San Francisco, has been supporting media makers and activists since 1976, an era in media history that was revolutionary due to the innovation of the widely available battery-powered videotape recorders. Creating audio-visual material became less prohibitive and independent media creation flourished.[2] They continue to serve as an important leader in the field of media production, education, and preservation. So, we reached out to Morgan Morel, Preservation Manager at BAVC, for information about their services and how they could help us with Evelyn Wanderlich’s tapes.

I started by sending Morgan an inventory of the six tapes. This helps a preservationist understand the state of the materials before agreement is made to work on a project. Below is an example of the inventory sent to BAVC: 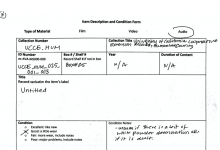 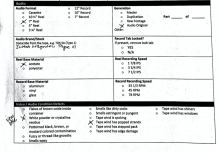 The brand, material types, and condition of the object are all described here. In this example, a white powdery substance was found on the tape (see image below for what we found). 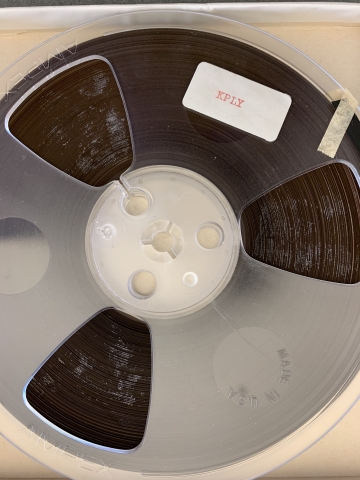 Morgan’s concern was that this substance was mold, creating an unfavorable condition for digitization. This picture, sent along with the inventory, helped him determine that the markings indicate deplasticization. Although no mold is present, this type of degradation can still cause trouble and will be analyzed further at BAVC facilities.

Barring any other major issues, the content of the audio tapes will be converted to master and access files and placed on a hard drive. These digital files will then become accessible to the public alongside other materials found in the Humboldt County UCCE collection. We will also place the reels in new acid-free archival boxes that will ensure the long-term preservation of the original object. 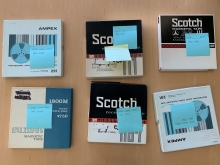 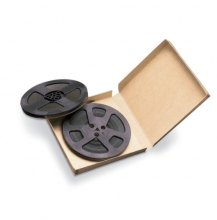 We are excited to expand our digital collection and for the opportunity to work with the Bay Area Video Coalition. Look out for updates for when these recordings are online!