June has been celebrated as National Dairy Month since 1937 to promote drinking milk and to stabilize the dairy demand when production was at a surplus.

Food safety and quality have been priorities in the dairy industry for more than 100 years. In 1891, the Dairymen’s Union of California was founded to improve distribution both inside and outside the state, and to set quality standards and benchmark prices. The Dairymen’s Union created the State Dairy Bureau, which promoted dairy research and education at the state's agricultural colleges and inspected dairy operations to verify that they met state health standards. The partnership and cooperation between dairy farmers and the government helped California's dairy industry become an economic success.

In 1922, tester G. Wolf of the Farm Bureau Dairy Department of San Joaquin County reported 472 cows tested, 39 of which produced over 400 pounds fat and made the state honor roll of butter fat production. These highs spotlighted the value of dairy animals and the efficiency of herds through improved knowledge and record-keeping of the milk and butter they produced. 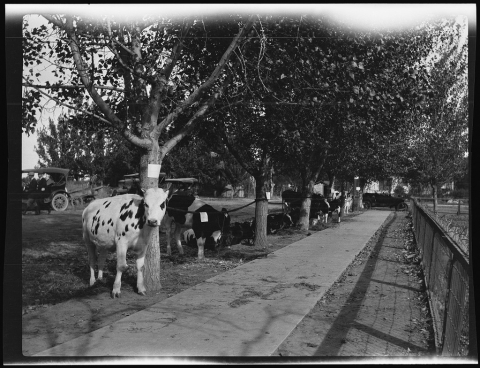 In Merced County, the number of milk cows numbered 96,000 in 1946. Modern equipment made for more efficiency and larger herds, while improved breeding, feeding, and management upped production per cow. 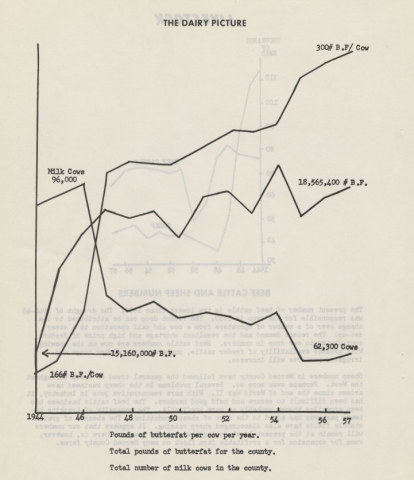 Dairy Tales, published by UC Agricultural Extension’s Dr. John W. Seibert in 1983, presents a county-by-county statistical picture of the dairy industry, and a window into milk's starring role in California agriculture. That year, California dairy farmers earned $1,885,472,000 from the sale of milk, and the average dairy farm sold 14,202 lbs. of milk per day—producing enough milk in one day to meet all the dairy product needs of a family of four for over six years. A decade later, California became the leading dairy-producing state in the nation. 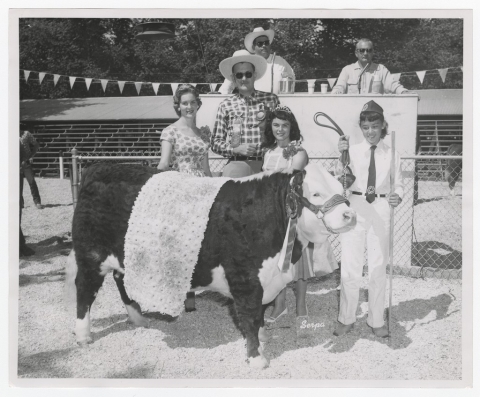 40 Years of AIDS: "They Were Really Us" exhibit on display through December 2021 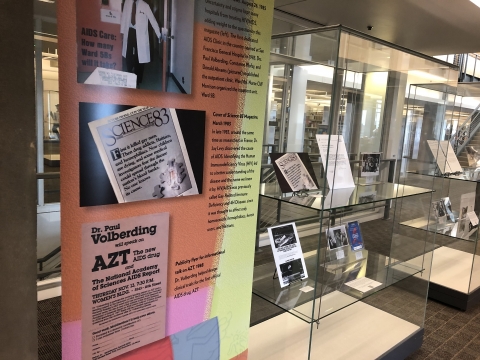 "They Were Really Us": The UCSF Community’s Early Response to AIDS at the UC Merced Library chronicles 40 years of the AIDS crisis in photos, essays, and research materials. The exhibit title is based on a statement made by Dr. Paul Volberding in the documentary, Life Before the Lifeboat: San Francisco’s Courageous Response to the AIDS Outbreak:

The patients were exactly our age… all those other ways that we tend to separate ourselves meant very little when you realize that the patients had gone to the same schools, they listened to the same music, they went to the same restaurants. So they were really us… which added to the commitment that I think all of us had.

Drawing from the AIDS History Project collections preserved in UCSF’s Archives and Special Collections, “They Were Really Us" sheds light on how UCSF clinicians and staff addressed HIV/AIDS from its outbreak in the 1980s to the foundation of the AIDS Research Institute in 1996. 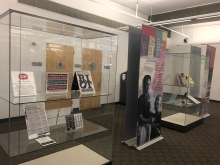 The exhibit could hardly be more timely now--parallels between the HIV/AIDS epidemic and the COVID-19 pandemic are striking, from the medical professionals who were at the forefront of defining what was at first a mysterious disease, to the community organizations combating associated stigma and misinformation, to public campaigns preventing transmission by promoting practices like condom-wearing. "They Were Really Us" is an inspiring display documenting the medical successes and advances in activism that continue to impact the world today.

A recently aired podcast from Berkeley Remix, "First Response: AIDS and Community in San Francisco," is an audio complement to “They are Really Us.” This six series-podcast, produced by The Oral History Center at UC Berkeley, is about the politics of the first encounters with the AIDS epidemic in San Francisco. It draws from thirty-five interviews conducted in the 1990s with Sally Smith Hughes, historian of science at the Bancroft Library and author of The Virus: A History of the Concept. The featured interviews focus on the early years of epidemic, when the first reports emerged of an unknown disease that was killing gay men in San Francisco, to 1984 and the development of a new way of caring for people in a hospital setting.

With funding from @NEHgov, we partnered with UCSF Library, The GLBT Historical Society & San Francisco Public Library to make 160,197 pages of AIDS history documenting the early days of the epidemic available online. In concluding the project, "They Were Really Us" was originally installed at UC Merced Library for an opening in Spring 2020, but ironically, the COVID-19 pandemic led to the library's closure. A digital version of "They Were Really Us" was published on Calisphere in July 2020. We are continuing to digitize AIDS collections from UCSF with support from Network of the National Library of Medicine - Pacific Southwest Region.

See "They Were Really Us" at UC Merced Kolligian Library through December 2021.